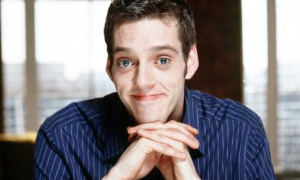 Iain Lee, the next Jeremy Paxman?

If you’re after a laugh then listen to this interview from Three Counties Radio this morning. Iain Lee, of 11 O’Clock Show fame, was interviewing Dave Smith, the Head of Public Affairs from the British Parking Association (BPA) on private parking charges. Unusually for a BPA interview Patrick Troy, the Chief Executive, wasn’t sent along.

During the interview Lee asked Smith whether it was fair that a motorist could get ‘fined’ up to £100 for staying 15 minutes too long. Somewhat shockingly Smith’s intial response was that it wasn’t fair. Presumably not quite sure if he’d heard correctly, Lee asked again, at which point Smith appeared to realise he wasn’t towing the company line and tried to dodge answering. Over the course of the interview, Lee asked the question a total of 12 (TWELVE) times in Paxman-esque style, with Smith floundering.

As if that wasn’t enough, Smith went onto say that private parking tickets weren’t enforceable by law, which probably isn’t a message his organisation’s members would appreciate either!

Earlier in the slot, Lee interviewed David Carrod of the British Motorists Protection Association (BMPA), with Lee asking Carrod why motorists shouldn’t get fined for breaking the rules of a car park. Carrod, not media trained to my knowledge, gave a robust response.