The long story of Proserve and their attempts to operate without being a member of an Accredited Trade Association (ATA) appear to be over following the Judicial Review decision handed down yesterday.

The back story is that Proserve, a small operator, has been operating without being 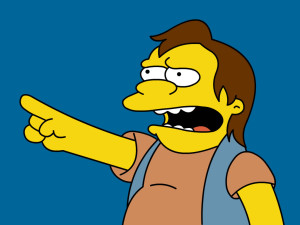 “HA HA” was the general feeling amongst the parking campaigner community

an ATA member for years. This meant they were not bound by a Code of Practice that, at least theoretically, means they must operate to a set of standards. For example, having a maximum level of ‘fine’ and offering an independent appeals service. Proserve argued that they should be exempt from this because they do not manage parking, rather trespass, and so the rules set out in the ATAs CoPs did not fit their business model. It should be noted that both the British Parking Association and the Independent Parking Committee specifically mention trespass in their codes of practice, undermining one of Proserve’s main arguments.

Proserve have developed a poor reputation for their practices, with tickets be issued for amounts as much as £300 for brief stops on their land. As such, there was quite a backlash from parking campaigners who have helped motorists fight them.

The DVLA only allow access to their database of keeper data if the operator is a member of an ATA. As such, when they were alerted to Proserve’s business model, they decided to stop their access. Proserve challenged this by Judicial Review, and yesterday found that they lost. As such, the DVLA will not need to release data to them unless they join an ATA. As a final kick in the teeth for Stephen Duff, the owner of Proserve, the judge awarded full costs against him; potentially tens of thousands of pounds.