↓ Skip to Main Content
Home › blog › Have you had a ticket from UK Parking Control?

Have you had a ticket from UK Parking Control?

You may have seen in the news recently that parking attendants employed by UK Parking Control (UKPC) at a car park in Lincoln have allegedly been altering time stamps on tickets to make it appear that cars have overstayed. The scheme was found out when the parking attendant fixed the timestamp at a time when the motorist knew she was in bed! The attendant clearly wasn’t too intelligent since the photos they took were almost identical; the shadows hadn’t moved in hours, and the cars parked nearby were all exactly the same! 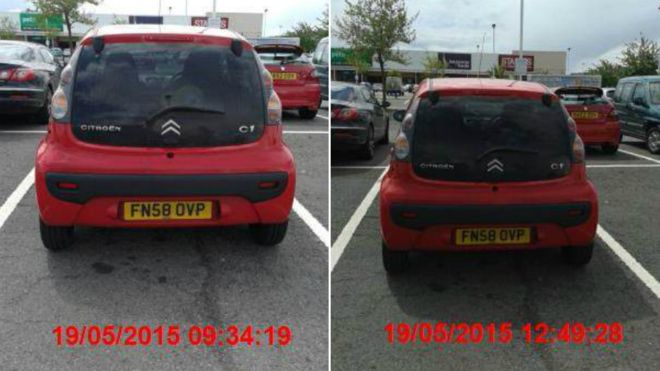 Note the shadow hasn’t moved, and neither have any of the cars! 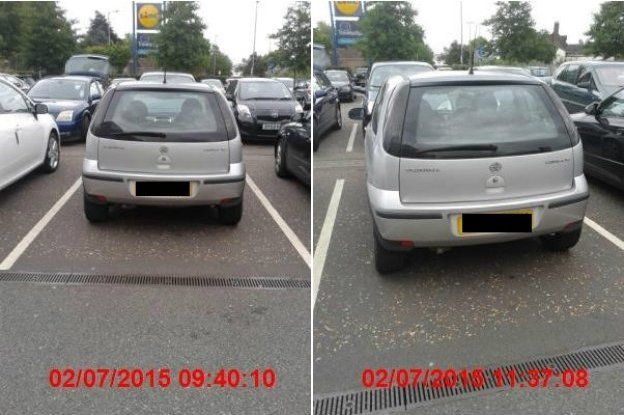 Note none of the cars have changed, one has apparently had its boot open for two hours… d’oh!

The issue was originally reported by Parking Prankster, and later picked up by the BBC and other news outlets. This forced the British Parking Association Ltd to eventually make a statement, and UK Parking Control to admit to the issue to the BBC.

We regret to confirm that a limited number of pictures of vehicles, at a small number of car parks, have had their timestamp altered by a few of our employees to make it appear as though the vehicles had over-stayed when this was not the case.

We have taken this issue extremely seriously and decided that even though a number of the relevant parking charges are likely to have been legitimately issued, we will refund all potentially affected parking charges for over-stays issued by these employees, to ensure that there is no room for error.

To this author it is not clear how exactly UKPC can so quickly determine the limited nature of this scheme. How would they know if attendants had changed timestamps without visually inspecting the photos? It’s also deeply frustrating that UKPC do not state which car parks are affected; how will anyone be able to independently verify whether they have taken the correct action?

Fortunately, the National Fraud Intelligence Bureau are investigating the issue, so that will make sure that we get to the bottom of this issue.

If you have received a ticket from UK Parking Control, we would strongly recommend you inspect the photos for evidence that this has occurred to you. If you do think you’ve been caught, do let us know and we’ll help direct you to the right authorities.

What this issue underlines is that the private parking ticket business model is fundamentally flawed. In most instances parking companies, such as UKPC, offer their services for free and only recoup their costs and generate a profit by issuing tickets. They pass this responsibility onto their parking attendants by giving them targets, with increasing bonuses for the more tickets they issue. On that basis one can appreciate why a parking attendant might feel pressured into doing such things as doctoring timestamps. Whilst there is an independent appeals service, it didn’t identify this fraud, and neither would it be expected to.

The answer has to be to ban this sort of business model – and there is an alternative. Here, Parking Prankster reports on a paid-for parking service used at Bristol Eye Hosital. In this case the parking company are paid by the hospital to operate. Funnily enough, in the 4 years the scheme has been running only 36 tickets have been issued; 0.7 a month, and none for overstays or failures to pay.

To us, the answer seems quite obvious…

One comment on “Have you had a ticket from UK Parking Control?”