Commercial justification was a term that appeared in the world of private parking in mid-2014.  It came about in the case of ParkingEye Vs Beavis and Wardley relating to private parking tickets; the so-called Cambridge Case. It relates to justifying the charges leveled at motorists for breaching car park rules. 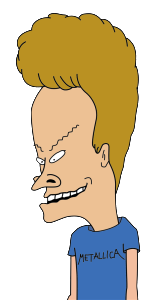 Historically case law has shown that any liquidated damages must be a genuine pre-estimate of the loss (GPEOL) that would be suffered in the case where a contract is breached. If the amount demanded was too high (i.e. disproportionate to the loss) then it would be deemed a penalty, and therefore unenforceable in law. In the case of contractual parking tickets, the “elephant in the room” for parking companies has always been that their parking tickets can never be a genuine pre-estimate of loss; how can a 5 min overstay in a free car park cause £100 of loss?

Before this case, the British Parking Association’s independent appeals service, POPLA, routinely upheld appeals where the appellant questioned whether the charge represents GPEOL. There have also been many county court cases where the GPEOL has been questioned and resulted in the case being dismissed. The other parking industry trade association, the Independent Parking Committee, acknowledges that high charges for breach of contract couldn’t be justified as GPEOL and therefore uses an alternative contracting model.

However, in the commercial world, a concept of commercial justification has evolved. In short this is where liquidated damages are not found to be a genuine pre-estimate of loss, but instead be commercially justified provided its predominant purpose is to compensate loss and not deter breach. If liquidated damages can be shown to be commercially justified, even if they do not represent a genuine pre-estimate of loss, they can be enforceable. This is an evolving area of law and will be subject to further tests in court over the years to come.

In the case of ParkingEye Vs Beavis and Wardley, judge  HHJ Moloney QC used commercial justification as the basis to uphold the parking charges sought by ParkingEye. In the case Moloney found the £85 charge was “in no sense a pre-estimate of any loss actually sustained” and “plainly a penalty clause”.  However, Moloney did find that the charges are commercially justified on the basis that “it is not improper in its purpose nor manifestly excessive in its amount”. This was thought to be the first time that commercial justification has been applied to a consumer case, and was quite controversial.

Due to HHJ Moloney’s status, this case was considered to be persuasive to lower courts, and was used as justification for upholding similar cases. The British Parking Association updated its code of practice to state that charges must be “proportionate and commercially justified” where it used to require them to be a genuine pre-estimate of loss.

Subsequently the case was appealed to both the Court of Appeal, and then to the Supreme Court, with both courts dismissing Mr Beavis’ appeal. However, they discounted the charge as being commercially justifiable, and instead stated that whilst the charge did not represent a loss, it was neither unconscionable or extravagant. As such, the concept of commercial justification for parking charges has gone away.

More can be read about the case here.