Smart Parking is a private parking operator in the UK. They were formerly named Town and City Parking until they were acquired by an Australian group called Car Parking Technologies in 2012, and later rebranded as Smart Parking.

Smart Parking operate on privately-owned land, such as supermarket car parks (such as Asda, and Lidl), retail parks, and trading estates. They generate income by issuing Parking Charge Notices; this is the industry term for parking tickets. Parking Charge Notices (PCNs) are issued when they believe the terms and conditions are broken. Examples could be overstaying, parking outside of a marked bay, or not purchasing a ticket. For more information on PCNs, take a look at our page.

Smart Parking primarily use Automatic Number Plate Recognition (ANPR) systems in their car parks. These systems detect entries and exits into a car park – any cars that stay longer than the permitted time are automatically issued a Parking Charge Notice for up to £100. Smart Parking claim their sensors detect over 1 million vehicle mvovements every day. Unfortunately the ANPR technology is fallible – the systems may not detect all entries and exits (e.g. if number plate obscured), and so someone who visits twice in one day could be issued a ticket for staying from the first entry to the last exit. We talk more about ANPR on this page.

Smart Parking are a member of the British Parking Association (BPA); an industry association that works in its members’ interests, such as the lobbying of Parliament. Membership of the BPA’s Approved Operator Scheme enables them to request keeper data from the DVLA. They need access to the DVLA’s data to lookup the keeper data to allow them to enforce payment of unpaid parking tickets.

Where do Smart Parking operate?

Smart Parking are known to operate in the following places:

What do I do if I get a ticket from Smart Parking?

If you get a PCN from Smart Parking, there are two things you should do. Firstly, ask the landowner to cancel. For example, if this is in an Asda supermarket car park, then ask the store manager to cancel on the basis that you’re a genuine customer. In parallel you should consider appealing to the independent appeals service, POPLA. Before October 2012, when the Protection of Freedoms Act was introduced, the typical advice was to ignore private parking tickets. However, that is no longer recommended since certain parking companies now try to enforce tickets through the county court. Instead there are arguments to use in your independent appeal that will increase your chances of winning. Have a look at the following pages for information on how to appeal your Smart Parking ticket

Smart Parking are not known to issue many court claims to enforce private parking tickets. Since tickets are based on contract law the only way they can force motorists to pay is by taking them to the county court. Some parking companies, such as ParkingEye, issue thousands of claims a month, but Smart Parking are yet to do so. More information on legal enforcement of parking tickets can be found here.

If you have received a court claim from Smart Parking our recommendation is to:

Smart Parking in the news 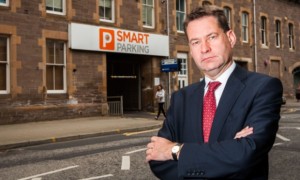 The following stories have been published relating to Smart Parking